The Story Behind the Headstone 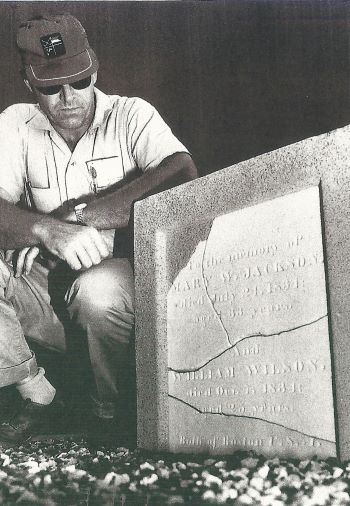 In 1928, Shell Oil Company purchased the original refinery site and early surveyors discovered a headstone broken into 4 pieces. Shell decided to reassemble the headstone and maintained the site where it was found as an actual gravesite. The inscription on the headstone reads:

To the Memory of

Both of Boston U.S.A.

Shortly after, a newspaper publishes a story to tell of the discovery:

The Deer Park mystery graves will be preserved. For nearly a century they have nestled beneath a single gravestone under a lone sweetgum tree on the crest of a sloping hill within sight of the San Jacinto Battleground. The graves were there before the battle was fought.

Moving the Gravesite to Dow Park 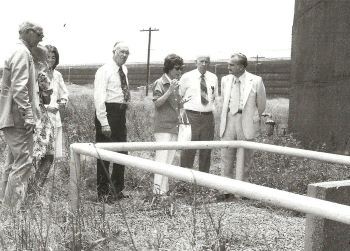 For the next 49 years, the gravesite remained at Shell. As Shell grew, there was a need to meet water quality regulations and build a water basin that was in the same area as the gravesite. Shell made several unsuccessful attempts to locate relatives of the Wilson Family. In 1976, Shell contacted the Texas State Historical Commission through the Harris County Historical Commission and the City of Deer Park. Shell was given permission to move the gravesite. The City of Deer Park agreed to establish the gravesite in Dow Park. The move was also approved by the Harris County Attorney’s office. On March 8, 1977, the area was excavated down to about 6 feet and a small cement casket of earth from the gravesite, as well as the headstone, made its way to Dow Park. Earthman Funeral Home worked with Shell to coordinate the disinterment and reinterment of the gravesite. 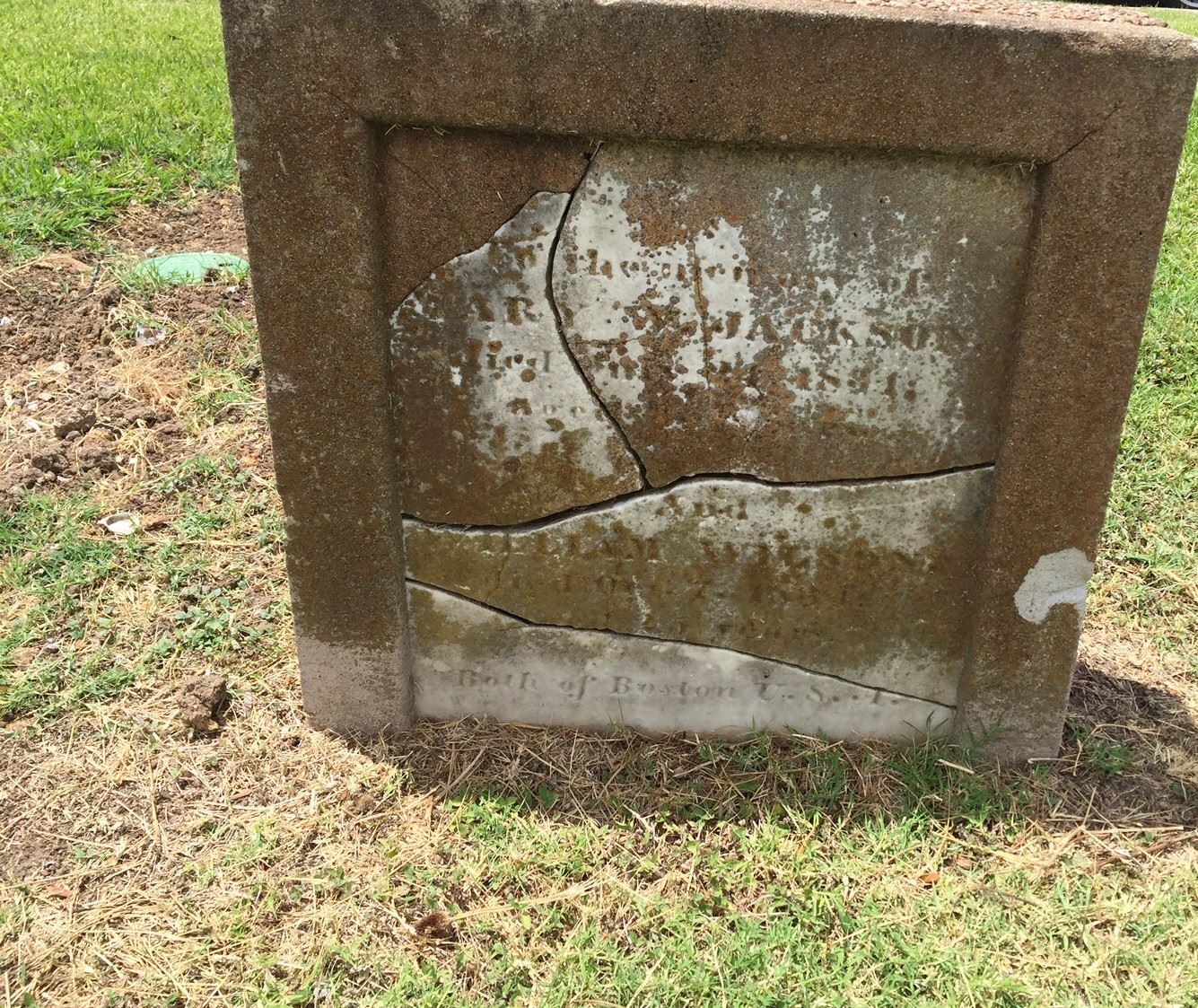 Moving the Headstone to Heritage Park

The gravesite and headstone of Mary W. Jackson and William Wilson was a topic of discussion at the City of Deer Park Historical Committee meetings for almost 2 years. After a year and a half of extensive research, photo search, conversations with people, and interviews with former city employees, it was determined that the small cement casket was not moved to Heritage Park in 2007/2008. So, the City of Deer Park now had a headstone in Heritage Park and the small cement casket in Dow Park.

Significance of Headstone and Small Casket 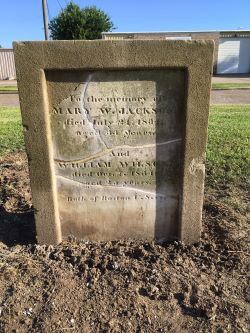 The headstone is 182 years old and predates the Battle of San Jacinto. It was moved as a gravesite in 1977 under the guidelines of the Texas Historical Commission to ensure it was moved properly. There is no doubt that this is one of the oldest marked headstones in Harris County. This is Deer Park’s oldest artifact and is of significance not only to our history but also important to Texas history.

In the summer of 2018, Mr. James Brenner of a cemetery restoration company was hired to clean and level the headstone. At that time, it was discovered that a large concrete block that was once attached to the headstone was cut off with a hacksaw in 2007/2008 and the concrete block remained at Dow Park.

Much time was spent contacting state agencies to resolve issues and answer questions that came up as plans were made to move the headstone back to Dow Park. The Texas Historical Commission strongly recommended that the City of Deer Park obtain a health permit to move the small casket. Thus, obtaining a health permit led the city to the Texas Department of State Health Services. A disinterment form was received, however, it requested the name of the cemetery in which the headstone was presently located and the name of the cemetery where it would be reintered. The issue was that the headstone was to be moved from one city park to another city park. Our request was very unique and, thus, the state agency had not come across any similar request. Unsure of what to do, they referred the City of Deer Park to other departments that were also inexperienced in dealing with this type of request. City staff was ultimately referred to the Texas Funeral Service Commission. 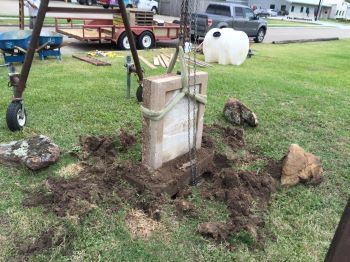 Although the exact location of the small cement casket is not known, City staff is confident in the general area of its location. City staff could hire a company to use ground penetrating radar waves to detect the casket’s exact location. However, the cost for the anticipated 6 hours on site was estimated to be approximately $5,500. Staff was also made aware that any targets smaller than 3 feet in diameter may not be detectable. If the cement casket were to be found, City staff would be required to go through the State of Texas for disinterment. After much consideration, the City of Deer Park opted to move the headstone from Heritage Park back to Dow Park to be placed near the general location of the cement casket.