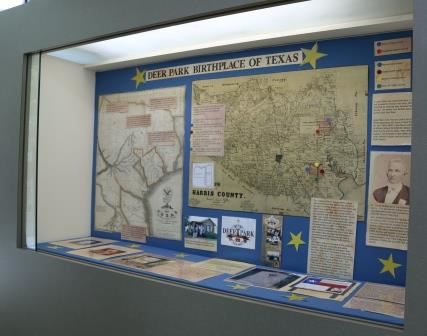 Early Settlers - Thomas Earle, Luke Moore and Humphrey Jackson - were part of “The Old Three Hundred” who were linked to Deer Park.

The original town of Deer Park was based on four land surveys:

3. James B. Woods Survey, a resident and signer of the Texas Declaration of Independence, issued land in 1838, a labor of land (177 acres). 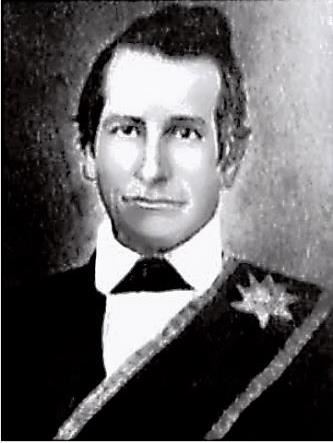 Dr. George Moffit Patrick purchased land in the 1830's. This became the Patrick Survey, which was the most well-known and covered the largest area that became Deer Park. After defeating the powerful Mexican Army at the Battle of San Jacinto, General Sam Houston, David Burnet and the Texas Cabinet met at a nearby cabin to draft the initial treaty papers. This cabin, which belonged to Dr. George Moffit Patrick, was located in present day Deer Park on Buffalo Bayou. Because of this, Deer Park holds the significant distinction of being the true Birthplace of Texas.

Dr. George Moffit Patrick, physician and soldier, was born in 1801 in Virginia. He immigrated to Texas between 1827 and 1828. Patrick was among the volunteers under the command of Captain William B. Travis who captured the Mexican fort and garrison at Anahuac in 1835. Patrick represented Liberty Municipality in the Consultation of 1835 and, on November 13, signed the articles that established the provisional government of Texas. On March 25, 1836, the council appointed Patrick to organize the Harrisburg County Militia and instructed him to order two-thirds of the troops immediately into active duty. At great personal expense and effort, he mustered twenty recruits into what became Captain Moseley Baker's company of General Sam Houston's army.

Dr. George Moffit Patrick died in Grimes County in 1889. His remains and those of his wife were later moved to the State Cemetery in Austin, Texas. 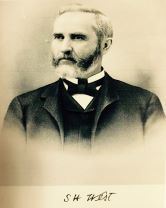 On December 20, 1892, Simeon Henry West filed his original plat and subdivided it into outlots. He named his town Deer Park because of the large number of deer that roamed the coastal prairies.

West was a statesman and a very respected citizen of Illinois. He was very aggressive in pursuing his dream and achieving his vision for creating the town of Deer Park. As settlers arrived from the north to build homes and establish farms, West built a hotel and a post office in 1893. He graded a road from West Avenue (Center Street) to Buffalo Bayou. With permission from the Secretary of War, he built a wharf on Buffalo Bayou, which was later destroyed by the Galveston storm. West also granted a strip of land about 100 feet wide to build the first railroad though Deer Park for one dollar. He donated the land on the right-of-way to the Houston Ship Channel and, on October 3, 1902, he granted the deed to the United States of America.

Simeon was an interesting and colorful character. He was an author, miner, civil servant, farmer, and a devoted husband and father. He invested in land in Montana, California, Illinois, and Texas. He also invested in gold mines in California and opened a mineral health spa in Missouri. He was eighty years old when he made his 18th trip to California. West was a spiritualist and he believed that each person had a spirit guide. His guide, Pansy, helped him make connections with the spirit world.

He was adventurous and loved his country. He was a bit of an eccentric person, but was honest and ethical. Simeon West died in 1920 never knowing the significant contributions he made by founding Deer Park.