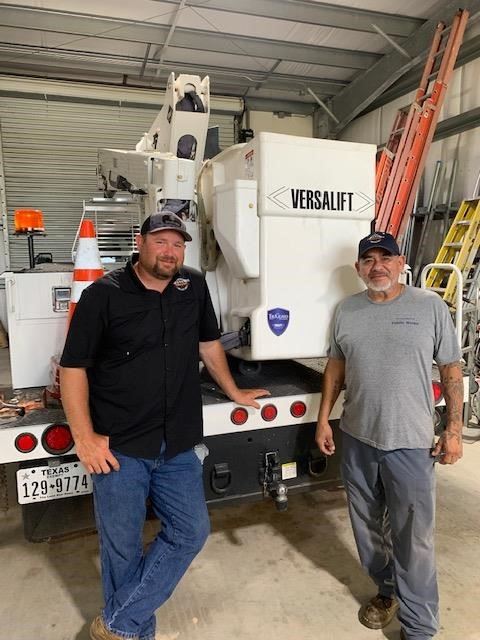 The Traffic Division has two supervisors, one electrical supervisor and one traffic supervisor. Billy Penick is the traffic supervisor. Billy holds multiple International Municipal Signal Association traffic certifications. He began working for the City in 2010 in Parks and Recreation and moved to the traffic division. Emilio Garza is our Traffic Technician II and provides a long history of traffic work throughout Texas. These two maintain all intersections, school flashers, signage and programming. 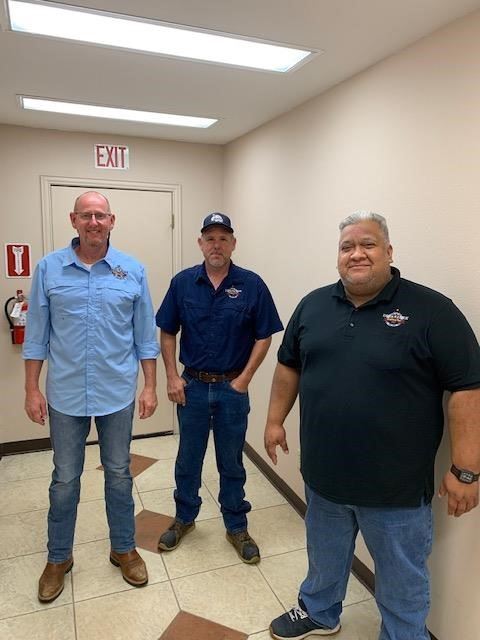 Adrian Montenegro is our electrical supervisor. Mr. Montenegro acquired his master electrical license at age 23 and was the youngest master in Texas at the time. He began working for the City in the spring of 2022.  The division also consist of Chris Rains who holds a journeymen electrical license and HVAC license and Roger Kirkpatrick who upholds an HVAC license as well. This groups maintains all the Electrical and HVAC for the City buildings, parks and assists with other divisions on projects.