View the CCPD budget for fiscal year 2020-21 for more information.

As of the May 7, 2016 General and Special Elections, the Crime Control and Prevention District was renewed by the voters of Deer Park for 10 years.

After the voters of Deer Park renewed the Crime Control and Prevention District for a 10-year term in the May 2016 special election, several projects/efforts began during the first five years of the district have been continued. See below for information on ongoing efforts related to equipment/fleet, technology and personnel, as well as new efforts which began as part of the renewal.
For information on the establishment of the Crime Control and Prevention District and insight into the first five-year term (2011-2016), see below.

A cornerstone project of the Crime Control Prevention District, the Deer Park Police Department Firing Range and Training Facility is taking shape. The process of designing and constructing this facility has been a complex process drawing on citizen interaction, statewide research and significant departmental input, and the Police Department hopes to reach fruition for the range by the summer of 2017.

When complete, the facility will be a state-of-the-art outdoor firing range / training facility for officers to enhance firearms proficiency and increase tactical capabilities. The site will also utilized for in-house training and classroom training for in-service schools.

According to DPPD Captain Wade Conner, officers are required to participate in 40 hours of in-service training every two years. They are further required to qualify with their firearms bi-annually.

Currently, DPPD officers are sent out to other agencies for their required training and qualification, such as Houston Community College or Pasadena Firing Range. This not only requires the department incur additional expenses for tuition and travel, but also entails working with the facility owners/operators to accommodate their schedule and previous reservations.

“With our own firing range, our officers will have greater opportunity to practice their firearms proficiency, and they will also be enabled to practice tactics and less lethal uses of force,” Conner said. “The ability to organize our own schedule at our own facility will greatly benefit our officers and department as a whole.” 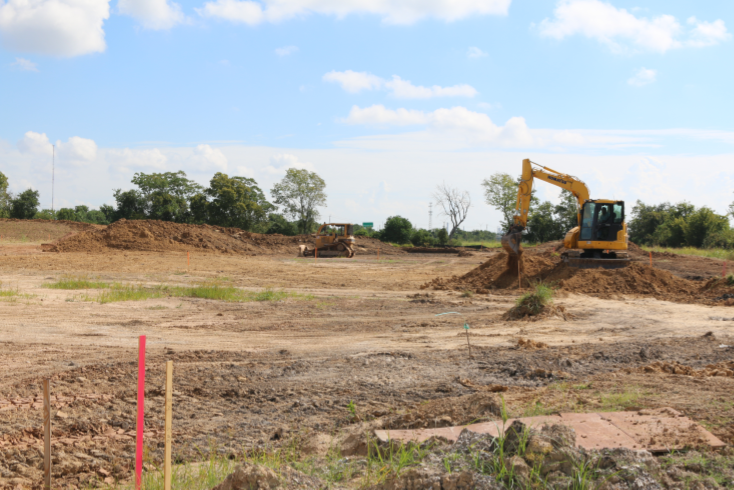 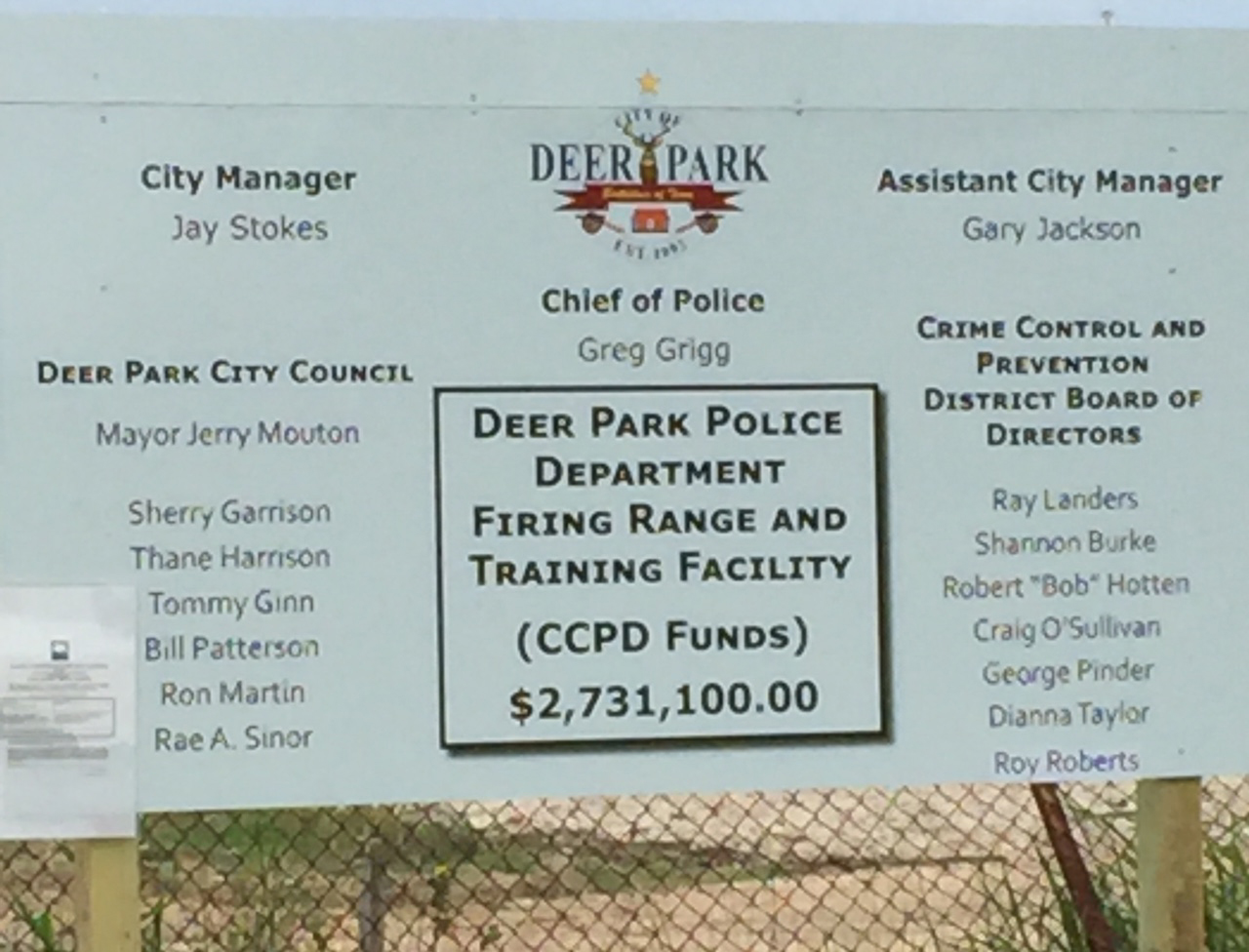 The Deer Park Police Department established the Crime Prevention Officer position in FY 2011-12, and the position continues to be supported by CCPD funding.

According to DPPD Chief Greg Grigg, the goal of the position was to “establish programs that have emphasis on reducing crime in the city, as well as enhancing the communication and partnerships between our citizens, businesses and the police department.”

During the first five years, some of the programs established and/or expanded to achieve these goals included:

“Looking forward, we are hoping to develop programs especially to benefit our growing senior community,” she said. “As well, we are hoping to build on an already-strong relationship with DPISD to reach elementary, junior high and high school students directly.” 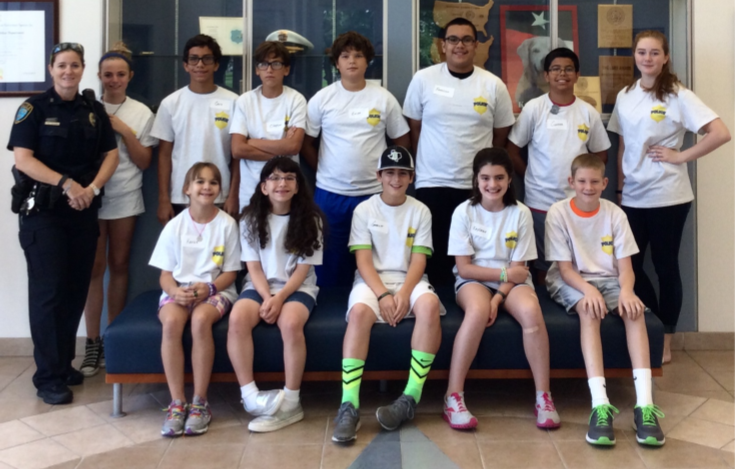 Support staffing of the Communications Unit

Dispatchers also maintain records of all restraining orders and warrants to ensure 24-hour access. They also handle all walk-ins after hours and on weekends. Upon the inception of the CCPD, the Deer Park Police Department added three communications unit positions to the departmental budget and have held support for the positions since.

The FY 2016-17 CCPD budget continues to support the salaries of three dispatcher positions.

“With the support of the CCPD budget, we can maintain at least nine dispatcher positions, despite the high turnover rate within this industry,” said Kellie Bass, Communications Supervisor. 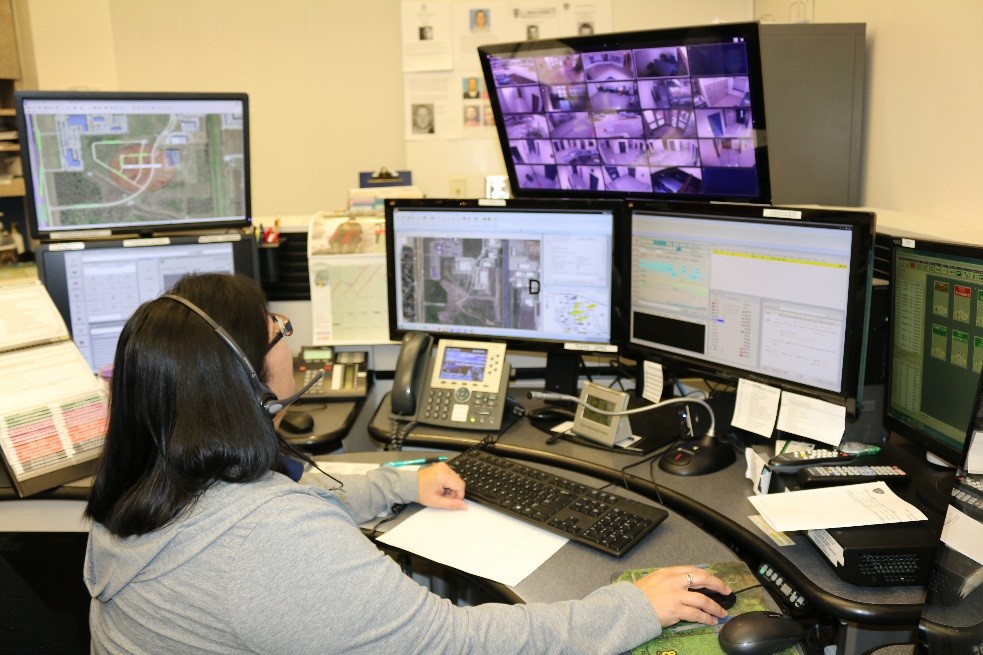 Communications unit staff, also known as dispatchers, are expected to deliver a multitude of services
and handle all walk-ins after-hours and on weekends.

A total of 22 vehicles - including all necessary computer and camera systems - were purchased during the first five-year term (2011-2016) of the CCPD.

According to Administrative Sergeant Jason Meredith, who manages the fleet for the Deer Park Police Department, this time allowed personnel the chance to investigate and eventually purchase the ideal vehicles for the DPPD fleet.

“The CCPD funding has allowed our department to stay up-to-date with the best available equipment,” Meredith said. “We were able to outfit our high-water vehicles, purchase updated computer and camera systems and implement license plate reader (LPR) technology, which allows the vehicles to scan license plates for associated warrants or check if a vehicle is stolen.

“As well, we were able to integrate Chevrolet Tahoes into our fleet, which are without question the best patrol vehicles we’ve ever had. They have proven to be very reliable and afford us more room within the vehicle, ground clearance and storage space.”

Looking to fiscal year 2016-17, Meredith said the CCPD funding would continue to afford the department the chance to stay on top of ever-changing technological needs affecting the fleet.

“Within the next year, we’re planning to purchase five new patrol vehicles as well as updated equipment,” he said. “Over the next ten years, I am confident that CCPD funding will allow our fleet and our department to continue to grow and meet the evolving needs of our community.” 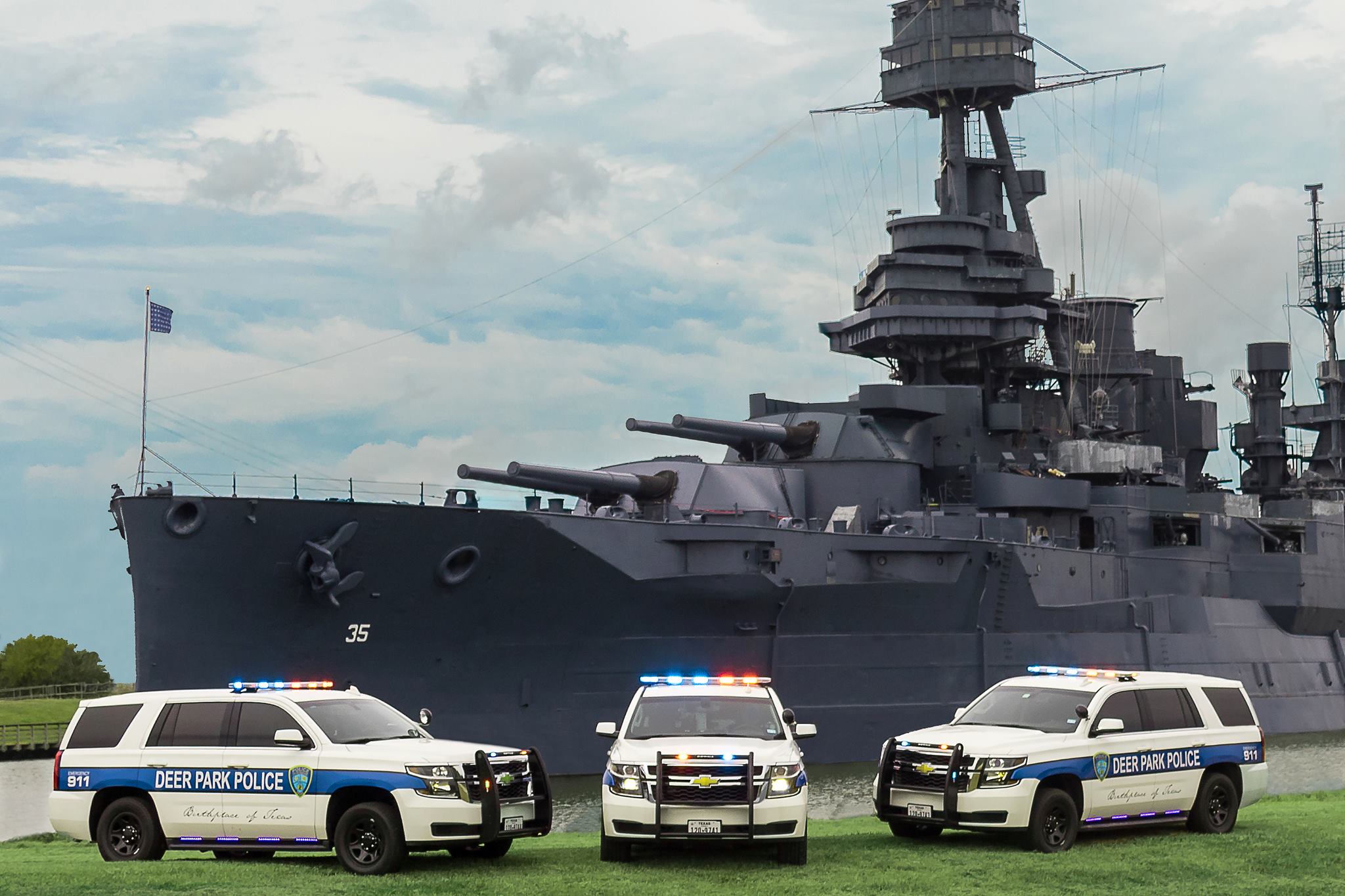 Three of the DPPD Tahoes, placed in front of the Battleship TEXAS

Participation in the multi-agency OSSI consortium

The Deer Park Police Department joined a consortium of local law enforcement agencies in December 2009. CCPD funds were used to pay all licensing fees, and have been used to pay a share of the costs in the consortium beginning in July 2012.The investment has continued to yield both internal and external benefits.

According to Lt. Chris Brown, membership in the consortium has grown to 18 agencies, including cities like League City, Friendswood, Webster, La Porte, Alvin, Nassau Bay, Sugar Land and Galveston County. This membership allowed DPPD to cross-reference other agencies’ data to determine if they have encountered any current suspects. It also enables all agencies to operate within the same live environment, providing real time data to patrol officers as well as historical information for investigators.

“The software utilized by the consortium - SunGard’s OSSI Public Safety Solution - also has benefits for us within the organization,” Brown said. “With this program, we can streamline all of the documentation associated with the field training for our new officers, which we’re hoping will save time and be more efficient in the long-term.”

In 2016, the Deer Park Police Department appointed Sgt. James Tryon to the newly-created Proactive Unit, which handles cases related to narcotics, vice, gambling and other areas. The unit is also designed to work with the Crime Analyst to identify and apprehend criminals targeting our community for thefts and burglaries. Since that time, the unit has completed several investigations resulting in three arrests for prostitution and six for narcotics, the seizure of drugs and drug paraphernalia and the recovery of currency and stolen property. The combined value of these seizures is estimated at over $150,000.

“In the short time we have had Sgt. Tryon dedicated to the Proactive Unit, he has done a lot of good work,” DPPD Lt. Chris Brown said. “In July, the unit partnered with the Pasadena Police Department to conduct a prostitution sting at a Deer Park hotel, resulting in three arrests for prostitution and one for narcotics.”

“Sgt. Tryon has actively followed up on tips submitted by citizens which led to the arrest of one suspect with over 27 grams of cocaine and $6,819 in cash. Additional interviews were conducted which led to the seizure of over $110,000 in stolen merchandise, 1,000 illegal pills and an additional $14,544 in cash. Another investigated tip led us to a suspect who was in possession of over 110 grams of Cocaine, 5 ounces of Marijuana, 4 grams of heroin, 5 grams of methamphetamines and $3,746 in cash.” 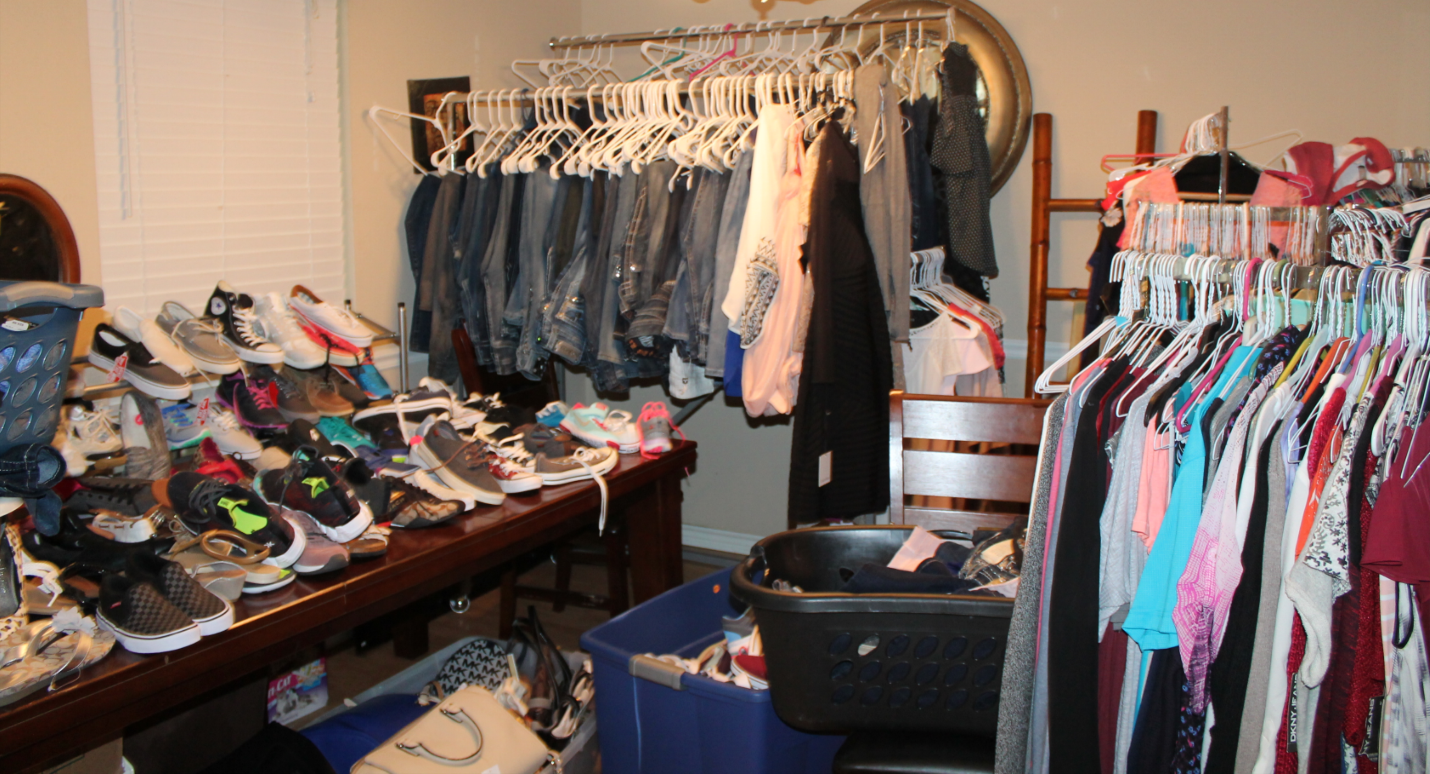 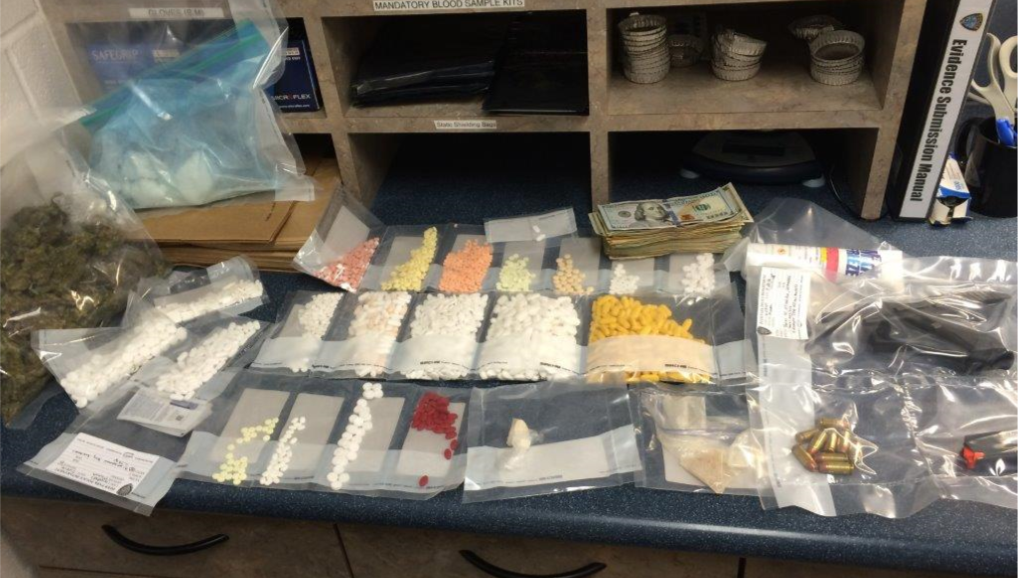 On January 27, 2011, the Deer Park City Council passed a Resolution approving the creation of the City of Deer Park Crime Control and Prevention District. Soon thereafter, the city council appointed seven members to serve on the required CCPD Temporary Board.

A permanent board was appointed by City Council and charged with the development of the CCPD Plan and budget in cooperation with the Deer Park City Council. During the first five-year term of the district, several major projects were completed including:

During the first term of the Crime Control and Prevention District, two police dispatch console stations were replaced over a five year period, beginning with the down payment in FY 2010-11 and subsequent annual payments of $43,000 over the next four years. The fifth and final payment of $49,972 was included in the FY 2015-16 annual budget.

According to Kellie Bass, Communications Supervisor, the update ensured compliance with Federal Communications Commission standards and the ability to communicate with other agencies.

The Cellebrite UFED Forensic System - purchased during the first five-year term of CCPD - is a stand-alone mobile device used to extract vital data such as phone book, pictures, videos, text messages, call logs and more, and is compatible with any wireless carrier.

“Previously, devices have to be taken to offsite locations for analysis and the turnaround time was approximately six months,” said DPPD Captain Wade Conner. “With this device, investigators have instant access to the information on mobile devices, which significantly increases the chance of solving cases and shortens case disposition times.”

During the 2014-15 fiscal year, an additional $14,000 in CCPD funding was utilized to purchase upgrades/add-ons, license fees and certified training, which allowed the department to make even better use of the system.

“With the new material we purchased for Cellebrite during the 2014-15 fiscal year, we’re now able to retrieve deleted material, unlock some locked phones and get data from third party applications,” DPPD Lt. Chris Brown said. “We have also been able to cross-reference contact lists, text messages and other information, which has been helpful in connected cases or even spurred new cases.”

In memory of:
Roy Roberts
Crime Control and Prevention District Board
(September 2012 - 2016)

In memory of:
Floyd Harvey
Crime Control and Prevention District Board
(November 2019 - 2021) 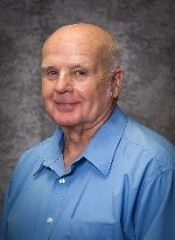 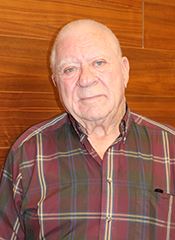