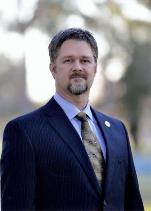 Jerry is a graduate of Western Governors University with a Bachelor of Science in Business-Marketing Management. He graduated in May 2020 with a Master’s degree in Business Administration (MBA) with Honors (Sigma Alpha Pi) through LSU Shreveport. He’s a member of the National Society of Leadership and Success, as well as The National Honorary and Professional Management Society (Sigma lota Epsilon). He has been a resident of Deer Park since 1985 and is married to Tammie Plant Mouton, a lifelong resident. They have 3 children. His son, Corey is married to Chloe and their family includes Jerry's grandson, Cayden Edward. His daughter, Courtney, is married to Jose Montemayor and their family includes Jerry’s grandsons, Miralem and Josiah. His daughter, Natalie, is married to Lawrence Fuentes and is a graduate of Sam Houston State University with a Bachelor of Science in Nursing (BSN).