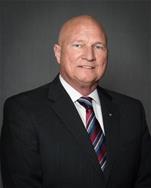 Tommy Ginn has two daughters who both attended Deer Park schools. He has an honorable discharge from the U.S Army with the rank of Spec 5/E-5. He graduated from Dallas Baptist University in 1980 with a Bachelor’s Degree in Management. He retired from Diamond Shamrock Chemical Co./GB Biosciences. He is proud to call Deer Park home since 1982.