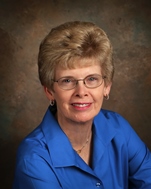 Sherry has five children, all of whom attended Deer Park Schools, and five grandchildren. She taught and retired from the La Porte School District. She earned a Bachelor's and Master's Degree in Education, both from the University of Houston. Sherry is proud to call Deer Park her home for more than forty years.